We've tested a couple different USB flash drives at PCSTATS recently and the main spec you'll want to watch out for is peak read and peak write speeds for the 256MB test. These are the numbers that manufacturers quote to sell their USB thumb drives. 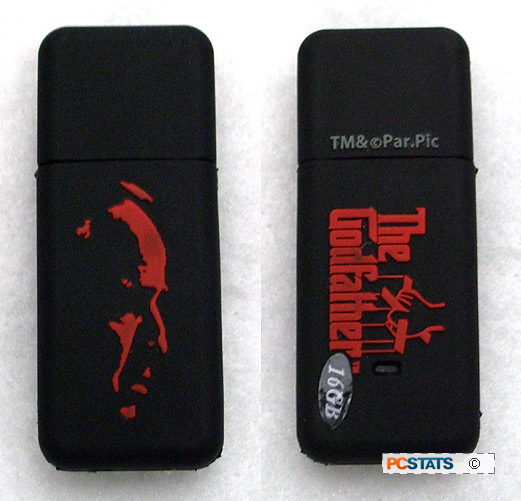 Not all PCs have USB2.0 ports, so actual performance speeds can differ greatly between computer systems.

Sandra is designed to test the theoretical power of a complete system and individual components. The numbers taken though are again, purely theoretical and may not represent real world performance. Higher numbers represent better performance. The best results for each column are bolded.

With the Supertalent Godfather-series 16GB we see peak data transfer rates of 29MB/s (read) and 12.8MB/s (write). The CD 1x rating is equivalent to 150kB/s, so this translates to a maximum read speed of 203X and write speed of 85X. The Supertalent Luxio maintained equivalent peak read speeds, but was a little quicker on the write. 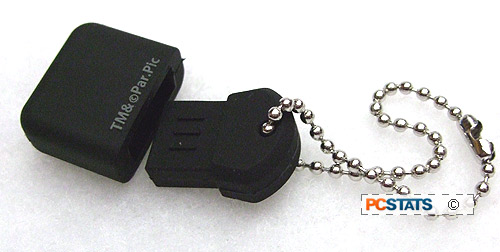 There's not much to this 16GB USB drive that needs explaining. Plug it in, copy files and folders, carry your data with you. I do find it remarkable how quickly USB memory stick capacities have increased. The first USB drive I owned was 16MB, and it seemed like such and upgrade from the 1.44MB floppy disks that were still commonly used.

(Example of the poster art on the 16GB drive) 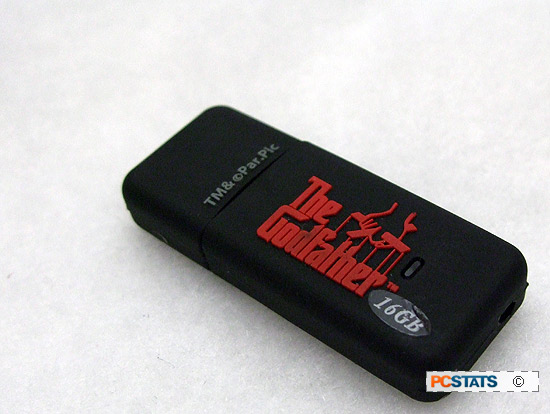 USB memory has gotten to the level where you could run an entire operating system off the drive... though don't do that. USB flash memory isn't quite the same as hard drives or solid state drives, and technically speaking after X-number of reads and writes data can no longer be written.

It takes the average person years to write/read that much data onto a USB memory drive.

In any event, with a peak data read speed of 29.87MB/s and write speeds of 12.8MB/s, Supertalent's Godfather-series 16GB USB drive (model STP16GGRBK) is an inexpensive way to carry a lot of data.

It's not the fastest USB drive on the market, nor does it offer any kind of encryption, but for day-to-day data transfer it's hard to argue with $35 for 16GB storage.

Find out about this and many other reviews by joining the Weekly PCstats.com Newsletter today! Catch all of PCSTATS latest reviews right here.