The microATX Biostar TH67XE motherboard is equipped with one PCI Express 2.0 x16 videocard slot that runs with 16-lanes of bandwidth (in white); a second physical PCI-E x16 slot (in red) actually runs at PCI Express x1 levels. Rounding out the expansion slots are a PCI Express 2.0 x1 and legacy PCI slot. The board has four dual channel DDR3-1066/1333 memory slots that can be installed with up to 16GB of DDR3 RAM. 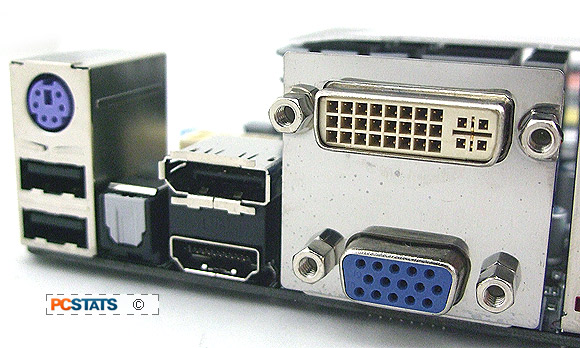 The integrated graphics video ports on the Biostar TH67XE include a DVI-D, Analog-VGA, HDMI and Display Port connection. Any two of the video outputs can be used at once, so configuring dual monitors at the office is a breeze

Biostar's TH67XE motherboard retails for around $90 CDN, ($90 USD, £60 GBP), a good value considering all the options integrated into the platform and the excellent assortment of video-outputs. 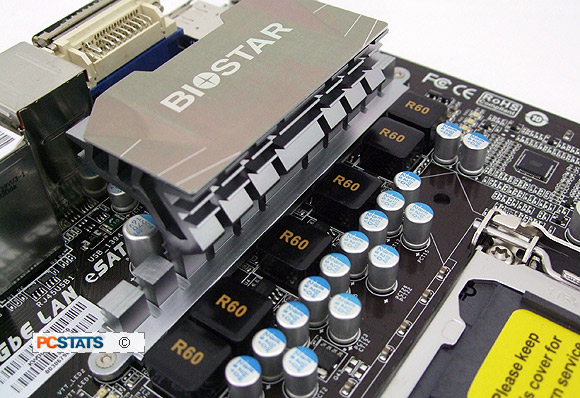 Before we get to benchmarking though, let's take a closer look at what makes this motherboard tick. Here we see the TH67XE's 7-phase VRM power supply which uses solid state capacitors. 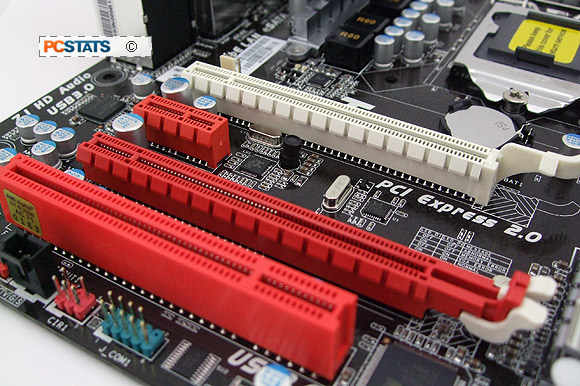 Next up, PCSTATS takes a quick look at the Intel H67 chipset, features common to the H67/P67/Z68 and tests Intel Quick Sync