The Intel H67 chipset makes it possible to output HD video content via HDMI or Display Port to a big screen HDTV, or hook up dual LCD displays over Analog VGA and DVI monitor connections. The only aspect this board really can't handle is overclocking - a limitation of the H67 chipset. Two of the video outputs may be used at any one time, and in keeping with its HTPC lineage, the H67H2-M platform supports 8-channel Intel High Definition Audio care of the Realtek ALC892 PHY.

On the storage front, the ECS H67H2-M board has two 6Gb/s SATA III ports and three 3Gb/s SATA II ports. There are no IDE or FDD connectors, but one eSATA II port and one eSATA bracket for hooking up external storage devices at the rear I/O. Dual USB 3.0 ports are handled by a discreet ETRON controller as USB 3.0 is not natively supported in the Intel H67 chipset. Unique to many Intel H67 boards PCSTATS has tested are the dual 1GbE Ethernet ports the H67H2-M provides.

The microATX ECS H67H2-M motherboard is equipped with one PCI Express 2.0 x16 videocard slot that runs with 16-lanes of bandwidth. Rounding out the expansion slots are two PCI Express 2.0 x1 slots and one legacy PCI slot. The board has four dual channel DDR3-1066/1333 memory slots that can be installed with up to 16GB of DDR3 RAM. 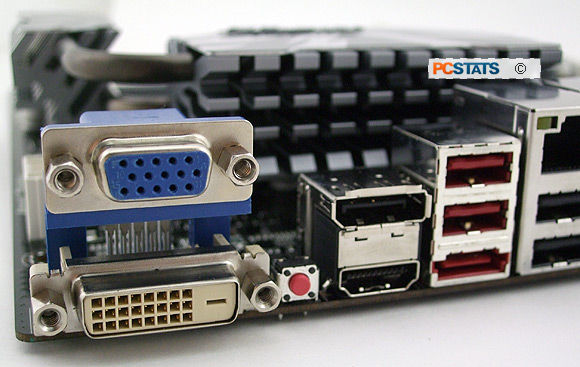 With the H67H2-M Black Edition motherboard you have a fantastic choice of HDMI, Display Port, DVI and Analog VGA video outputs to choose from! Any two of the four video outputs can be used at the same time to take advantage of the Intel HD 3000 integrated graphic core made available by the Sandy Bridge + Intel H67 chipset combo. The HDMI and Display Port video outputs support resolutions of 1920x1200. The DVI port goes to 1920x1200 (WUXGA) while the Analog VGA supports 2560x1600. 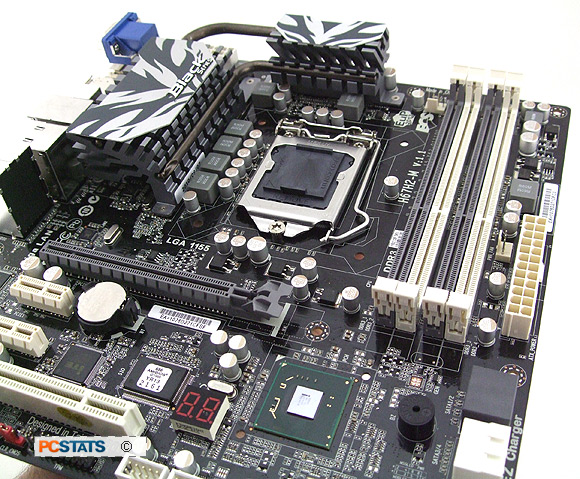 ECS' H67H2-M motherboard retails for around $125 CDN, ($125 USD, £80 GBP), a good value considering all the options integrated into the platform and the excellent assortment of video-outputs.

ECS has put serious efforts into improving the build quality of its boards, the H67H2-M utilizes Japanese made solid-state capacitors, extra-thick gold plating on the DRAM and CPU socket pins and heatpipe cooling for the board's power MOSFETs. 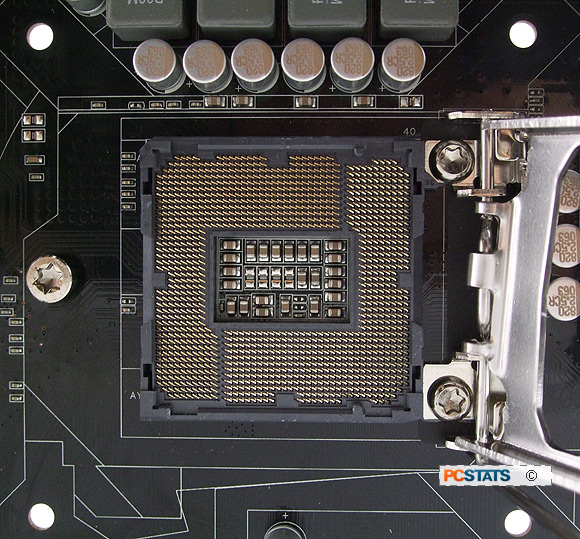 Before we get to benchmarking though, let's take a closer look at what makes this motherboard tick. 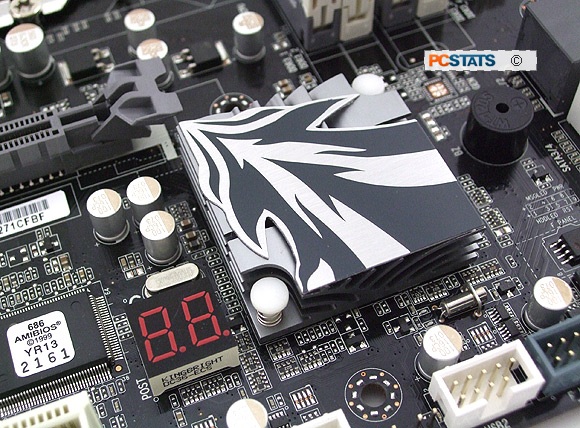 Next up, a 360-degree look at the H67H2-M Black Edition motherboard.