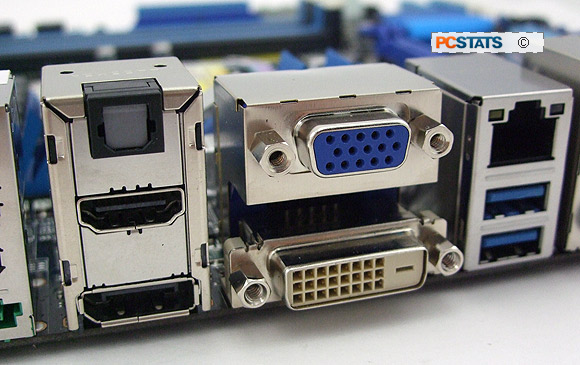 On the storage front, the ASUS P8H67-M Evo motherboard has two 6Gb/s SATA III ports, four 3Gb/s SATA II ports, an IDE connector and one 3Gb/s SATA II jack. Two USB 3.0 ports are present on the rear I/O along with four USB 2.0 jacks. A further eight USB 2.0 jacks, two IEE1394 are available via headers or off the I/O. One USB 2.0 bracket / eSATA bracket is supplied. Rounding out connectivity is a 1GbE Ethernet port. 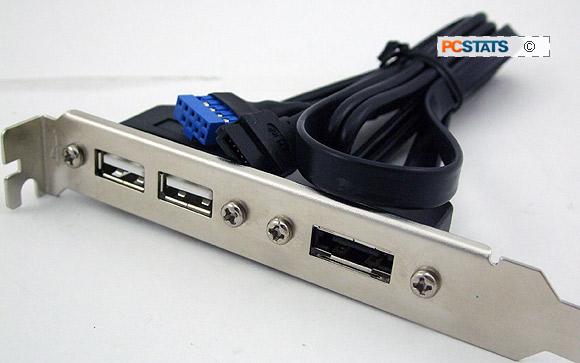 The Unified Extensible Firmware Interface (UEFI) BIOS is a long overdue upgrade to the standard blue-screen BIOS we're all familiar with. Aside from some technical system requirements like support for new 3TB drives, the UEFI BIOS is most often simply described as 'the BIOS that works with a mouse.' 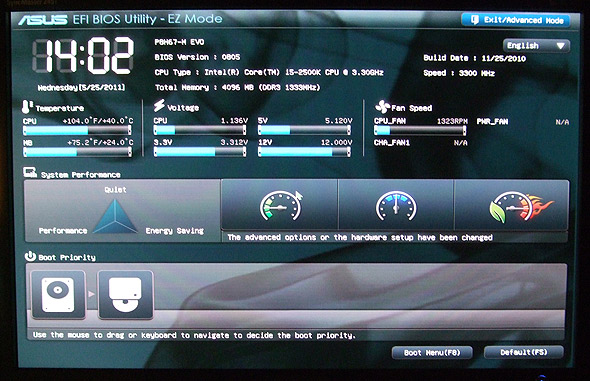 Most UEFI BIOS' that PCSTATS has encountered are cluttered with needless eye candy and charts or graphs that represent things in a newbie friendly manner you can find in Windows... In all honesty, PCSTATS really doesn't like UEFI BIOS interfaces - they are SLOW and laggy to navigate, the options tend to be poorly organized as well.

The ASUS EFI BIOS Utility is pictured above and if you want to know what a hardware reviewer with 10 years experience testing motherboards thinks of it, I'd say I hate it. A more detailed look at the BIOS options of the ASUS P8H67-M Evo in a bit.