This time around AMD has cut the L2 cache in half for Socket 939 Athlon64 CPUs. Future Athlon 64 Socket 939 chips will have 512K of level 2 cache as compared to the Athlon64 FX's full 1MB. This is actually not as bad as it might sound, since Athlon64 processors rely on cache less than equivalent Pentium 4 processors due to a more efficient core design. Reducing the size of the cache should also help AMD's manufacturing yields as the silicon core has shrunk in size from 193mm2 to 144mm2.

The enthusiasts out there will be happy to hear that Socket 939 Athlon64 processors still have access to lower multipliers. If you're really hardcore and have the money to spend, the Athlon64 FX line is completely multiplier unlocked! 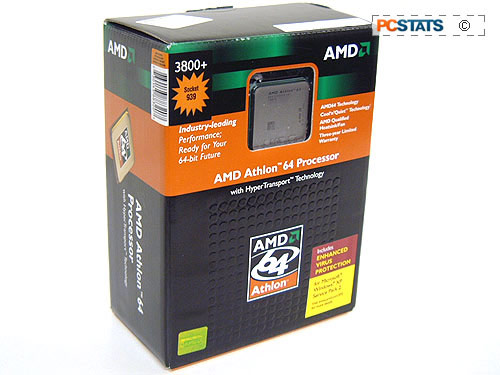 There are a few other changes and upgrades to the Socket 939 platform as well. The HyperTransport link between the CPU and the motherboard has officially been upgraded from 800 MHz up to a full 1 GHz. This increases the bandwidth from 6.4GB/s to 8GB/s!

The extra speed and bandwidth should help get data between the CPU and the various other system components faster, increasing overall system performance.

Of course, with the introduction of Socket 939, Socket 940 is finished, at least in the consumer desktop market. If you're thinking about plugging a Socket 939 processor into a Socket 940 motherboard you're going to be disappointed. The processor will physically fit, but the two CPUs are not pin compatible. AMD will continue on with Socket 940 only for their workstation/server based Opteron processors. Socket 754 lives on of course, but it has quickly been relegated to the budget level platform, and AMD Sempron processor.