In terms of storage, there are no less than twelve 3GB/s SATA ports, six of which are SATA II connections powered by the ICH10R southbridge that includes RAID 0/1/5/10 support. A pair of JMicron JMB322 controllers operate four more SATA II ports with options for RAID 0/1 and JBOD, and two eSATA ports can be configured in RAID 0/1 or JBOD mode. There are no IDE connections (nor FDD) on this motherboard, so a SATA-based optical drive is the only ticket. 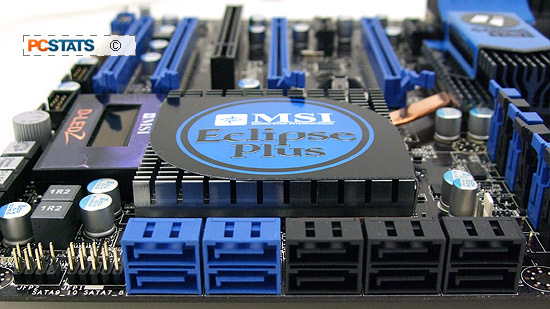 Peripherals can be installed into one of three PCI Express x16 2.0 slots, one PCI Express x16 slot running in x4 2.0 mode, two PCI Express x1 slots or the lone legacy PCI slot. Expansion Around back on the I/O panel users will find two eSATA ports, two gigabit network ports, a Firewire jack, eight USB ports, a Port-80 display and CMOS reset button. MSI's X58 Eclipse Plus motherboard retails for around $400 CDN, ($389 USD, £245 GBP) , but that's not all it comes with....

Features a Plenty on the Eclipse

There's a lot more to MSI's X58 Eclipse Plus motherboard than just the core components that go into most Intel X58 motherboards. MSI has done a lot to take this motherboard that extra mile. For starters, rather than stick with a traditional Azalia-based audio codec, they've collaborated with Creative Labs to include a Sound Blaster X-fi Xtreme Audio PCI Express audio daughtercard.

Switching from on-board audio to a discrete audio card reduces electrical interference from the motherboard, which in turn improves signal-to-noise ratios. The result is less hiss and noise when recording audio or playing it back. The included X-Fi card is also shielded to further reduce interference. Audio output is split up between eight-channel stereo output and an S/PDIF audio output. The X-Fi Xtreme Audio Card has support for EAX presets and CMSS, which should improve its surround sound output and positional audio capabilities. 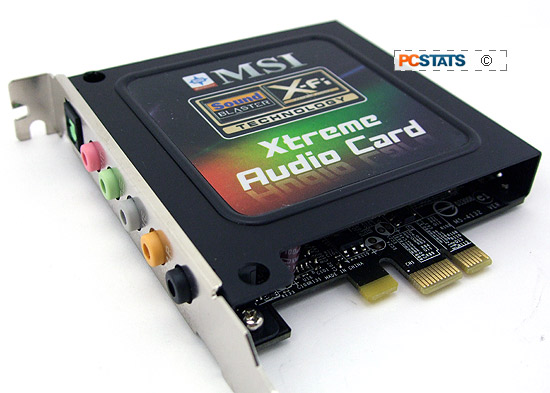 It's been a bit of a trend for 'enthusiast motherboards' to include dedicated buttons on the PCB for powering up and resetting the system. It's a great tool for the overclocker who's tweaking a system on a bench or table and shifting a lot of hardware into and out of the system. MSI has taken this a step further with the X58 Eclipse Plus motherboard. In the lower right corner you'll find five dedicated hardware buttons and a knob. I do believe this is the first time I've seen an adjustable knob on a motherboard. 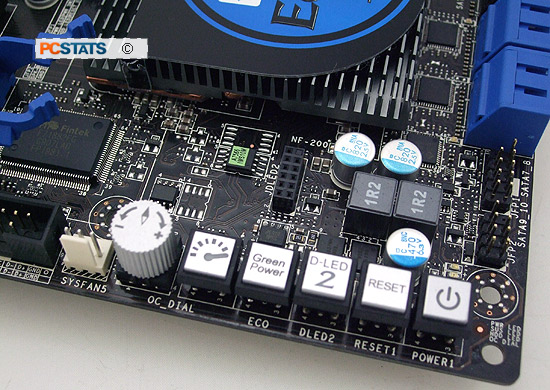 The power and reset buttons are the most obvious in function, and essential for system control. To the left of them are the D-LED and Green power buttons. The D-LED button activates an on-board LED display and changes its modes, while the GreenPower button toggles the X58 Eclipse Plus' power-saving features. The most exciting keys are the OC Dial knob and the OC Dial button. Hit the OC button and it lights up, indicating that the system speed can be increased. Now turn the dial clockwise, and watch the clock speed increase! Once you're done, hit the OC Button again and the system will apply the speed increase.

MSI's X58 Eclipse Plus has a whole lot of ways to keep you informed of the current system status, we'll cover these right after the jump...