Plextor's PX-128M1S claims a 130MB/s sequential read speed and 80MB/s sequential write speed. This is about average for SSDs. Sequential read and write speeds are important for transferring or copying large files to different locations on the SSD. Random read and write speeds determine how fast the SSD can boot into Windows (for example) or load up programs. Plextor rate the PX-128M1S at 4300 I/O operations per second (IOPS) while reading, and 1800 IOPS while writing. PCSTATS will be examining the PX-128M1S's sequential and random I/O performance in these situations a little later in this review.

The onboard controller is what makes or breaks an SSD, it's responsible for balancing bandwidth, latency and reliability. Early SSDs were plagued with poorly made controllers that resulted in intermittent stuttering, where the entire computer system could stall for 2-3 seconds if the controller became overloaded.

Controllers from the likes of Indilinx and Intel resolved most of these teething problems, and most SSDs now deliver smooth, stutter-free performance. Plextor's PX-128M1S SSD is built around a Marvell 88SS8014-BHP2 'Da Vinci' controller, a relative newcomer to the SSD realm. Marvell's 'Da Vinci' controller has a built-in wear-leveling algorithm, which distributes write operations across the Plextor PX-128M1S's NAND flash memory. This feature prevents any one flash cell from being written to and worn down more than the others (flash cells are capable of a finite number of reads and writes) extending the life of the drive. The drive also includes standard S.M.A.R.T. diagnostic tools, which will indicate when the SSD is reaching the end of its lifespan so you'll know when to backup your data. The lifespan of this SSD is rated for 26,000 hours continuous use. 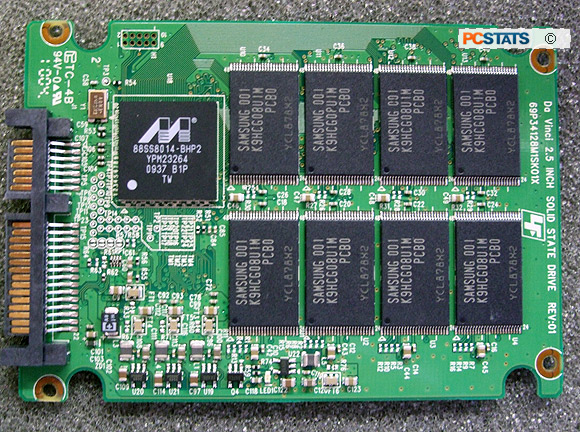 The Marvell 'Da Vinci' controller also has something called native 'garbage collection'. Typically this comes in the form of TRIM support, which enables the operating system to communicate with the SSD controller. TRIM allows the controller to safely and quickly overwrite data blocks that have been flagged for deletion, rather than going through the slower process of reading them into memory, checking and modifying the data, and writing it back to flash memory.

Marvell has not published much information about the 'Da Vinci' controller, so we're not sure if it supports TRIM or not. You should note that TRIM is only supported by Windows 7, Windows Server 2008 R2, and the latest versions of Linux (2.6.33). 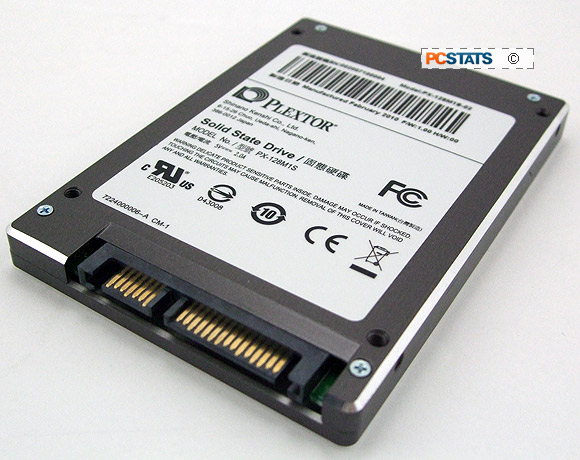 Like most SSDs, the PX-128M1S has support for Native Command Queuing (NCQ) and the Advanced Host Controller Interface (AHCI), which should be enabled for maximum performance. Note that if you are turning AHCI on you'll want to do it with a fresh install of Windows, otherwise your computer may hang or crash while booting. AHCI and NCQ are supported by most motherboards manufactured from around 2005 and onwards, and it's natively supported in Windows Vista and Windows 7. Make sure to check your hardware and OS configuration before you buy!

A 3-year warranty backs up the PX-128M1S SSD, and Plextor claim it will hold up to at least 26,000 hours of sustained use. The manufacturer bundles in a copy of Acronic's True Image software, which is a decent application for disk cloning and running data backups. Now, let's get this SSD on the PCSTATS test bench and find out how it stacks up!