The AMD 890FX chipset has a very modest TDP of 19.6W itself, so even in a CPU-loaded state the total system power draw is only around 244W. When paired with a modest discrete graphics card you could even put the Biostar TA890FXE into a low-power, passively cooled system.

The details of how the Biostar TA890FXE motherboard test system was configured for benchmarking; the specific hardware, software drivers, operating system and benchmark versions is indicated below. In the second column are the general specs for the reference platforms this AMD 890FX based motherboard is to be compared against. 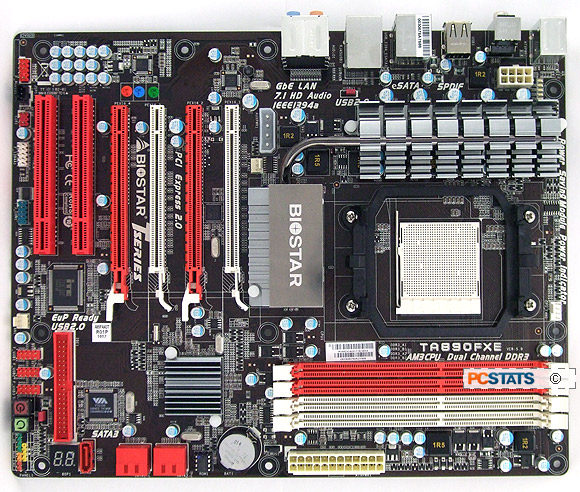 Please take a moment to look over PCSTATS test system configurations before moving on to the individual benchmark results on the next page.