Gigabyte's GA-MA785G-UD3H motherboard is built around the AMD 785G and AMD SB710 southbridge, so it includes six 3GB/s SATA ports with RAID 0, 1, 0+1 and JBOD functionality. One IDE and FDD connector support legacy PATA devices. In term of peripheral expansion, the GA-MA785G-UD3H is equipped with one PCI Express 2.0 x16 slot and one PCI Express x4 slot (in pink), three PCI Express x1 slots and a pair of legacy PCI slots. 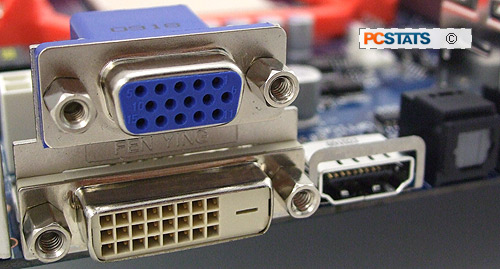 Care of the AMD SB710 the board offers up twelve USB 2.0 ports, six of which are located at mid-board, and another six on the rear I/O panel. Other I/O panel connectors include a IEEE 1394a Firewire port, a gigabit networking port, a PS2 mouse/keyboard port, as well as optical S/PDIF, 8-channel stereo output and of course the HDMI, DVI and VGA video outputs. 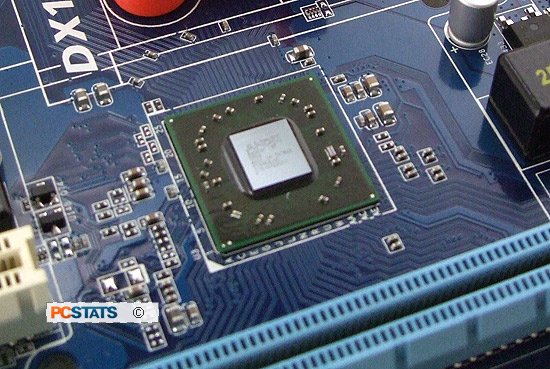 Gigabyte's GA-MA785G-UD3H motherboard retails for about $90 CDN, ($85 USD, 50 GBP), which makes it quite affordable for a motherboard with this many features.

We'll see how it compares to other Socket AM2+ motherboards and some of the competition's AMD 785G chipset motherboards in a moment, first let's get familiar with the Gigabyte GA-MA785G-UD3H's layout...