The sleek looking AOpen mini PC MP915-B (Super Multi) system is 165x50x165 mm in size and weighs just over 1.5kg when fully loaded. A slot loading DVD writer is included in the barebones package, and the button for ejecting disks is the only other control to dot its clean aluminum chassis than the power switch. AOpen get away with such a small chassis size because the 65W Fortron DC12v power supply is external. The power supply supports 100-240VAC input range, which means the AOpen mini PC MP915-B can be used anywhere in the world. 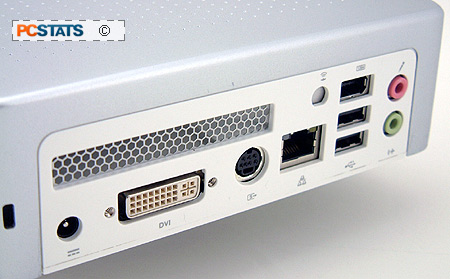 The super-compact size of this system allows the AOpen mini PC M915-B (Super Multi) to be placed pretty much anywhere, and its stylish aluminum chassis doesn't create an eye sore.

In fact, the first impression one gets after taking the PC M915-B out of the box is that it's a small DVD player and not a PC at all.

The overall AOpen kit is well designed and the manual does an excellent job at explaining installation and initial set up.

I know because even though the AOpen mini PC MP915-B (Super Multi) review sample didn't come with one, the one I purchased locally did - I use it for my media PC. 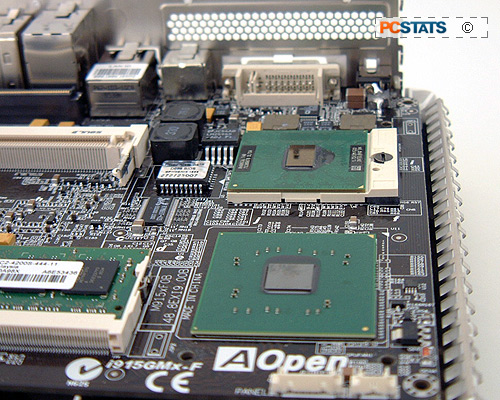 Since the AOpen mini PC MP915-B is based on notebook parts, it is quieter than even a standard SFF PC. Not just that, the system also does not produce as much waste heat at regular desktop machines will. Ultimately, if you are power conscious you'll spend less money on electricity running a computer like this. We'll dive into the AOpen mini PC MP915-B in detail in a moment, but first let's take a closer look at this remarkably sexy little PC... it kinna reminds you of a MacMini doesn't it?